What is a Verb?

A verb is a vital part of any sentence; in fact, it is impossible to craft a sentence without a verb. That’s because verbs express action. Without a verb nothing happens—your sentence won’t get off the ground.

When people think of verbs they think of simple action verbs: to walk, to run, to swim, to play. What goes unnoticed is that verbs account for any action that occurs, including states of being and phenomena. Verbs even encapsulate mental activity, as well as physical actions. 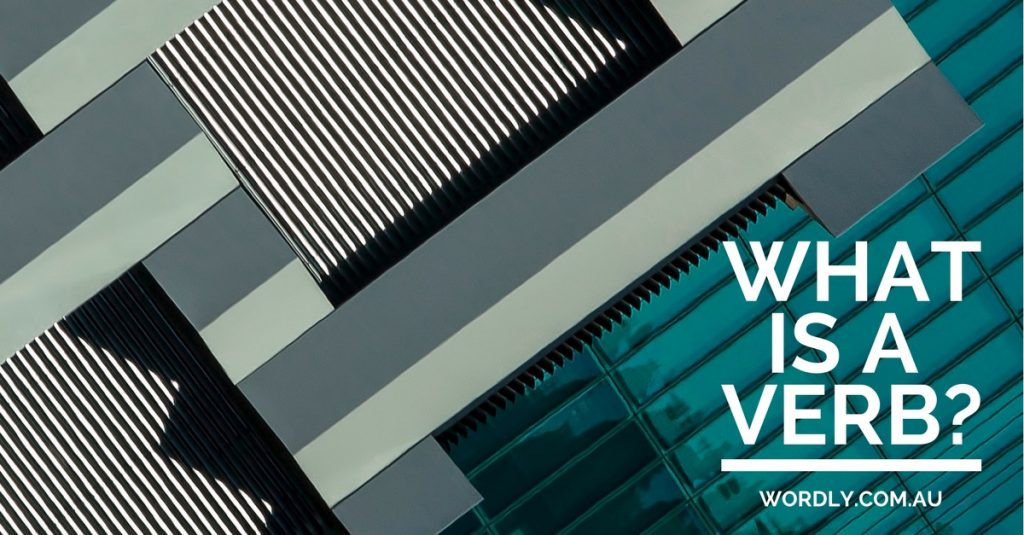 There are three classes of verbs in the English language, let’s take a look at all three of these.

This is the most obvious type of verb. These verbs refer to any action that takes place in a physical sense, such as walking, running or throwing.

A mental verb refers to mental actions, such as learning, forgetting, understanding. An example of a mental verb would be ‘I learnt’, or ‘I forgot.’

To exist is an action, meaning that ‘I am’, ‘you are’, ‘we are’ are all examples of verbs.

Auxiliary verbs are often referred to as helping words because they help to show the tense or make a question or negative out of the verb. E.g. ‘He hasn’t arrived.’ ‘Arrived’ is the verb and ‘hasn’t’ is the auxiliary that makes the action a negative.

A stative verb allows writers to express a particular state and not an action. Verbs like ‘to feel,’ ‘to want,’ ‘to hate,’ to love’ are all stative verbs. They all refer to a state rather than an action.

Modal verbs are a type of auxiliary verb that allow for the expression of ability, obligation, permission or possibility, such as:

Phrasal verbs refer to the combination of a verb and a preposition or a verb and an adverb to change the meaning of a verb. Examples include ‘break up’ (break is the verb, up is the preposition.)

We are incredibly lucky that our tenses are far more straightforward than those grappling with the Germanic or Romance languages. The six tenses are:

Gerunds and infinitives also compliment verbs. A gerund is a verb in the present participle (-ing) form. This allows the verb to become a noun, so to swim becomes swimming, and swimming becomes the noun for the act of swimming. The infinitive refers to the ‘to’ + base form of the verb (to swim.) Infinitives can be used in conjunction with other verbs to create sentences, e.g. ‘I love to swim.’

Verbs are a part of writing that we take for granted. We are so used to using auxiliaries, modal, phrasal and irregular verbs that we don’t even notice the mechanics that are behind the meanings we conjure out of our sentences.

If you study another language, even at a fundamental level, you will quickly be drawn back to the basics of writing and how it is constructed. An awareness of these underlying mechanics will allow you to become a better writer by having a knowledge of the exact ingredients you need to build the perfect sentence.

So, a verb is far more complex than ‘a doing word.’ It’s an intricate little system where different types of verbs, subjects, objects and auxiliaries fuse with each other to give an accurate depiction of an action, any action, that has, will, could, might, won’t, will or is taking place.